Message for Lauris
( Lauris Edmond)
Umbrella up, zigzag
down Grass Street,
what happened
to the letterbox?
Nasturtiums, bamboo, ti kouka,
flourish beside signs:
No nukes. No GE.
And no mailbox.
Wooden planks hang
on long ropes
for local swingers,
but where’s your letterbox?
Hungry mouth received
rejections, accolades,
acceptances, the letterbox
gone, like you
I miss its painted
pens, plumes, pencils.
Each proclaiming
a writer lives here.
©Heather Hapeta 2007
(previously published in the Press, Christchurch NZ)
Posted by Heather - the Kiwitravelwriter at 6:08 PM No comments: 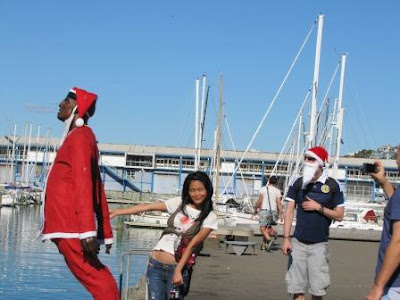 Posted by Heather - the Kiwitravelwriter at 11:17 AM No comments:

These local artists have created some 250 murals around the world .. here they were playing in their own backyard, on the wall of our national museum Te Papa,  during a  recent Wellington festival. 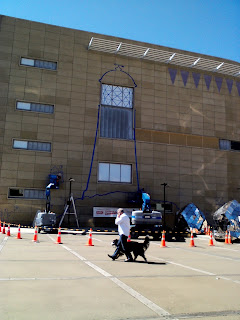 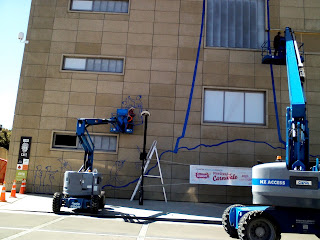 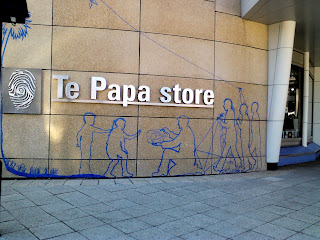 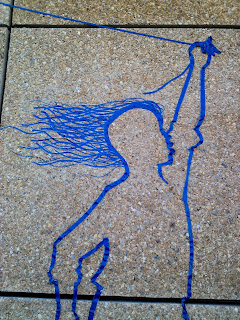 You have to be quick to see their art as they last only 24 hours. See more about them on their webpage
Posted by Heather - the Kiwitravelwriter at 7:58 AM No comments:

Te Wao Nui - Auckland zoos latest, and big, development which I visited in August 2011 just before it opened
1.     THE COAST
Rugged, windswept and teeming with life, New Zealand’s 15,000km coastline is the world’s 10th longest. New Zealand’s isolated location is ideal for marine life; with deep oceans rich in food and scattered islands that offer a respite from global migrations.  These migrations are some of nature’s greatest stories, and these stories have become part of our culture.
In Te Wao Nui, The Coast represents New Zealand’s iconic coastal habitat. Throughout this habitat, the unique plants of the coast grow amongst the dunes and rocks, while little blue penguins and New Zealand fur seals explore the waters. The human influence is evident through a boatshed that illustrates our strong connection with nature and our need to respect it.
Our weather-battered coastline is an environment that only the hardiest and most adaptable of wildlife can call home.  But there are elements that even these plants and animals cannot withstand. As the kaitiaki (guardians) of our land, we have the opportunity to protect and conserve our unique environment.
Some species in The Coast: Little blue penguin, NZ fur seal, NZ dotterel 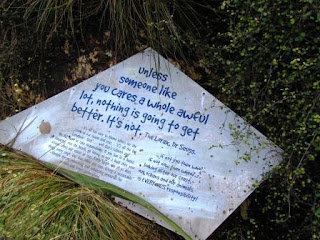 2.     THE ISLANDS
For centuries, isolation gave New Zealand’s incredible plant and animal species protection from progress and the threat of extinction. That changed very quickly when humans began their migration to these shores as habitats were decimated and populations dwindled or disappeared.
Tiny, rugged islands, scattered off New Zealand’s coastline, would provide some hope. Too harsh for humans, too far away for pests, these islands became accidental sanctuaries for many species that had vanished from the mainland. In recent years, they have provided inspiration for conservationists who continue to eradicate pests from more and more islands to create safe havens for our animals.
In Te Wao Nui, The Islands represents these accidental sanctuaries and highlights the active efforts to create new ones. Antipodes Island parakeets and Campbell Island teal exemplify the adaptive qualities of the animals who called these islands home. The tuatara resides here too, an iconic New Zealander who still needs our help to survive.
Some species in The Islands: Cook Strait tuatara, Antipodes Island parakeet, Campbell Island teal 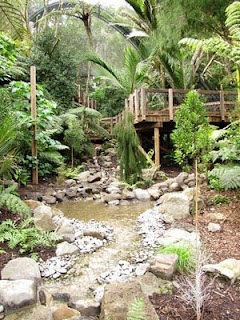 3.     THE WETLANDS
Wetlands are one of New Zealand’s most incredible habitats, yet they are also one of the most forgotten. Over 90 per cent of them have been lost since humankind reached these shores, and many people are oblivious to their importance or the life they support.
Te Wao Nui’s The Wetlands recreates one of these special habitats. A towering waterfall cascades down the rock face, flowing into a pool that will be home to many of New Zealand’s unique wading birds. Plant species, instantly recognisable to many will also feature here; from flax to manuka to kahikatea and the cabbage tree.
This habitat focuses on unveiling a world that many visitors will not recognise. Within this world, the mysterious underwater life of eels will be brought into view. Often misunderstood, but with an important role in the environment, the eel is the perfect icon for New Zealand’s wetlands.
Some species in The Wetlands: Long-finned eel, pateke (brown teal), NZ kingfisher
4.     THE NIGHT
Darkness is when New Zealand really comes alive. From the infamous kiwi and morepork, to weta and short-tailed bats, New Zealand is home to an amazing number of nocturnal animals. While many of these animals are icons for our country, few New Zealanders get the chance to see them because they are so rare, and so secretive.
In The Night, Te Wao Nui’s nocturnal habitat, visitors can explore the hidden world and uncover the incredibly unique animals that inhabit it. Entering through a cave, The Night is lit by a night sky filled with stars. Alongside the kiwi, kauri snails and wetas will introduce our invertebrate species, while inanga and kokopu will reveal the truth about the fish commonly known as whitebait.
As much as this habitat reveals the beauty of a New Zealand forest at night, it also highlights just how much these animals rely on us to survive. A trapper’s tent illustrates the nocturnal predators that invade the darkness, while a Department of Conservation hut shows off the incredible work they are doing in conjunction with the Zoo and other partners.
Some species in The Night: Short-tailed bat, Archey’s frog, North Island brown kiwi, kauri snail, wetapunga, morepork, Duvaucel’s gecko, banded kokopu 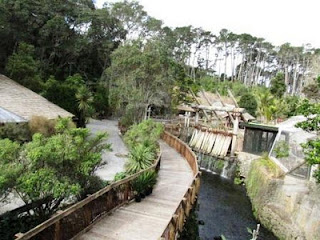 5.     THE FOREST
Before humans came to this land, New Zealand was almost completely covered in forest. Many of New Zealand’s unique native species called these forests home – the beautiful sounds of the songbirds echoed throughout towering stands of kauri, kahikatea, and our other native trees.
While many of these forests have disappeared, those that remain are revered for their beauty and the life they support. The Forest habitat in Te Wao Nui celebrates our forests and the birds that call it home. From the kaka and kereru to the kakariki and tui, these birds have long been icons of our wildlife.
The Forest takes visitors out of the city to a habitat defined by birdsong, rustling leaves, and a trickling stream.  Representative of the forests of the Waitakere Ranges, this is a reminder of the beauty around us and the forest’s grace and power.  With so many forests already lost, now is your chance to stand up and be a kaitiaki (guardian) for those that remain
Some species in The Forest: North Island kaka, kereru (NZ wood pigeon), yellow-crowned parakeet, red-crowned parakeet, bellbird 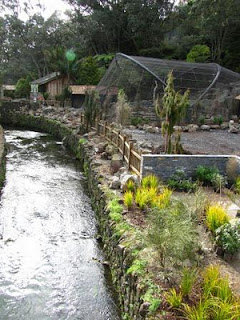 6.     THE HIGH COUNTRY
New Zealand is a land defined by many colour palettes, but that of the South Island’s high country is one of the most iconic.  The shades of grey that resonate through the schist rock and the dull greens and mustard yellows of the tussocks are contrasted in the bold wings of the birds that live here.
The High Country represents all these elements in Te Wao Nui, and gives visitors the chance to come face-to-face with its most famous resident, the kea. The streams throughout this habitat are the ideal home for whio (blue duck), whose sole habitat is New Zealand’s fast flowing streams.
Like many animals in Te Wao Nui, the species seen in The High Country have developed their unique characteristics over centuries of isolation. As humankind continues to explore and move into their habitats, it is important that we act as kaitiaki (guardians) for these species and habitats.
Some species in The High Country: Kea, whio (blue duck), orange-fronted parakeet, Otago skink
Posted by Heather - the Kiwitravelwriter at 6:51 PM No comments:


Posted by Heather - the Kiwitravelwriter at 4:49 PM No comments: