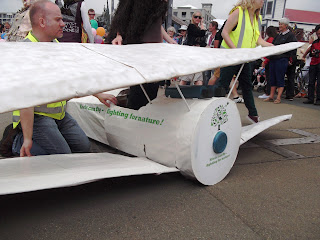 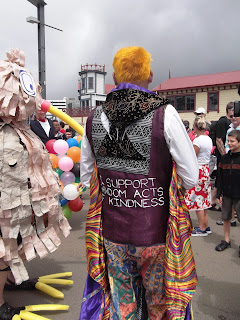 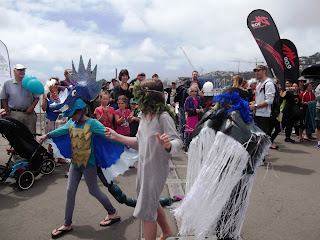 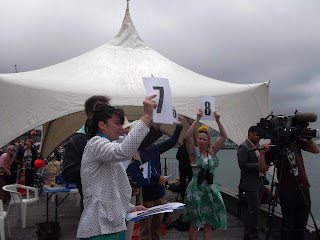 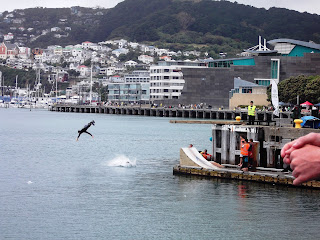 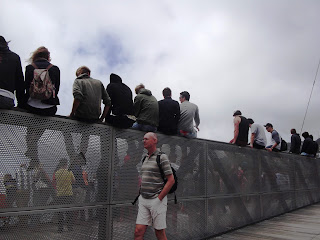 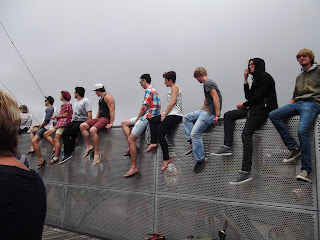 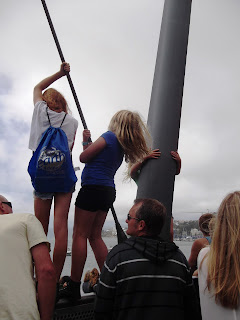 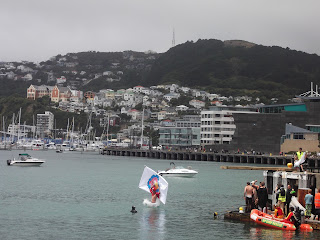 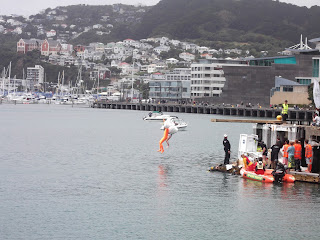 Posted by Heather - the Kiwitravelwriter at 7:07 AM No comments: 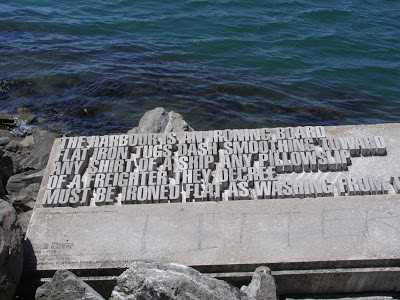 The writers walk in Wellington is a great way to explore the waterfront and literature.
Posted by Heather - the Kiwitravelwriter at 9:43 AM No comments:


Happy Birthday Elvis – memories of Graceland. (except from Naked in Budapest: travels with a passionate nomad.)

"The sixties were an important time for me too, flower power or blooming idiots we were called. Idealistic, the first of the baby-boomers, we wanted to change the world – the American civil rights movement and television was the catalyst for many. For me they started in 1960 when South Africa demanded that no Maori could be in the All Blacks rugby tour to South Africa. ‘No Maori No tour’ was the call from many New Zealanders and it became my first political stance. I was at high school; Vietnam and women’s issues followed and this museum brings it flooding back. Feeling drained, I eventually leave and return to the hostel and go to bed early. Tomorrow will be la crème de la crème – I’m off to Graceland.
Local buses take me the 16 kilometres (10 miles) to my goal. I’m wondering if I’ve missed the stop when I see ‘his’ aeroplanes and ring the bell; it’s time to get off. Heart pounding, I walk immediately to the ornate wrought-iron gates – I’m going to Elvis’s home: it’s right in front of me, perched on the top of a little rise and smaller than I’d visualised. A guard stands at the gate.
‘Sorry Ma’am, you can’t come in this way. You need to get a ticket over the road’ and points at what looks like an Elvis Disneyland. Although frustrated in my plans I ask him to photograph me at the gates, then cross the road.
Despite my initial distaste, I’m swept up into the atmosphere as I wander through a few shops then buy the expensive ticket that will allow me back over the road – a short wait then I’m invited into a mini bus.
‘Welcome to Graceland. This is a great time to come to Graceland. The house has just been decorated for Christmas just as Elvis did. He loved Christmas and we try to keep things just as he would,’ our guide tells us. We drive to the road, wait for the lights to change, cross the busy road then through the gates I’d been turned way from. Within two minutes we pull up in front of the doors my hero went in and out: I’m here, I’m breathless and it’s not the mansion I’d expected. I’m welcomed again and given a hand-held audiocassette player to guide me around the house.
The dining room first: I’m surprised the small room as it’s so formal and made even smaller with people milling around the table, set for a traditional Christmas dinner.
‘What a ghastly colour scheme.’ A woman says as she looks around the living room frozen in time – the 1970s colours of orange and black. I want to explain that HE would have changed it had he been alive, that this was the fashionable decor of the time but I bite my tongue. I want to sit and absorb the atmosphere; rest on HIS couch; soak in HIS presence, imagine HIM jamming with friends. It’s not possible so continue slowly through the house.
Gazing up the stairs that lead to the out-of-bounds bedroom: I imagine how I’d have slept there if he had married me – like my youthful dreams had visualised.
A thick peanut butter sandwich awaits the King and I’m pinching myself. Am I really here? Right where HE ate? Exactly where HE sat? I push the rewind button and listen to his voice repeatedly.
Continuing on to the stables, through the collection of records and clothes in the trophy room, I spend ages reading the plaques and gazing at the small paddock where he rode his horse, trying to visualise him there and eventually I’m at his grave in the Meditation Garden.
I was driving to work in the early morning light when I heard he’d died and was appalled most of the staff didn’t see his death as a moment of import. In the following days I played and replayed his records: crying. No more new music, no films – he’ll never marry me now I sobbed; my kids thought I was mad – perhaps they were right.
I’m horrified I didn’t think to bring flowers for his grave. I take photos around the Elvis-pilgrims who are spoiling the moment for me and soon I’m back in the mini-bus to return over the road – wishing the others would shut up, stop contaminating my mood with their noise.
Walking slowly around the museum I sit and watch film excerpts, climb into the planes, gaze at the powder pink Cadillac, the Harley Davidson golf-cart and then ring New Zealand – my daughter’s out of her office. I leave a message on the answer-phone. ‘Guess where I am! I’m at Gracelands! I’m at Gracelands!’ I gloat. I buy tapes, a book then reluctantly leave. If only he waited for me – such are the dreams of a 50-year-old-woman-going-on-16.
Posted by Heather - the Kiwitravelwriter at 8:25 AM No comments:

I know it's down here somewhere! 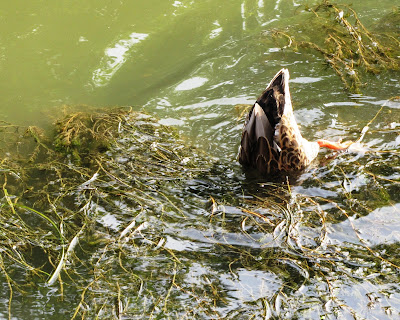 Taken in Bamberg, Germany - but how could you tell!
Posted by Heather - the Kiwitravelwriter at 9:58 AM No comments:

Email ThisBlogThis!Share to TwitterShare to FacebookShare to Pinterest
Labels: birds

I would love to explore all these roads: the silk road