How to pick the best team to follow during the rugby world cup!

How to pick the best team to follow: If you don't have a particular local team to follow during the world cup colours are a great way to choose one.


So, find the team whose colours suit YOU best and become their fan. If black makes YOU look cute, follow the All Blacks.  If green and gold are your favourite colours well it's the Australian team for you as that's their sporting strip.  There are many stripes of red, blue and white.
When the forwards get into a huddle to fight for the ball the technical term is a scrum. Sometimes the “other team” behave badly when in this pack, (cluster or huddle) and have to be sent to the ‘sin bin’.
Learn history: NZ Rugby started in Nelson – it originated in the mid-1800s, in the UK, when some cheeky bloke called William Web-Ellis picked up the ‘foot’ ball and ran with it: or so I believe!
For your information: touch judges never touch anyone, and hookers are not REAL hookers – they are very import in the scrum as it’s their job to ‘hook the ball’ away for the ‘other’ team. When they do that they become happy-hookers, although this is not an official rugby term.
Learn some NEW ZEALAND rugby songs. Check them out here

Compare rugby players’ thighs: This tip is from Bearshapedshere whom I met via travel blogs and had coffee with as she set off to travel in New Zealand on a bike. Her advice was to ‘check out the size of the thighs on various players or supporters - if they are big, and they usually are - stand near them to make YOU look petite.’
Use Numerology: Pick the player to support and follow by his number ( which as you know equates to his position on the field) For me that would be an  easy choice, as my local team, (Canterbury/Crusaders ) and the All  Blacks #7 is the worlds #1 (Ritchie McCaw )
Look sporty: Even if you are not sporty - wear a fashion label that implies you are. I don't know if Miss World NZ is sporty or not but I took this photo of her in  trendy Rugby Girl clothes - and of course I wear it but don't look as great as this young woman does!
Learn the rules and rugby-speak: That will amaze the boys (and other rugby watching and playing girls too) then pick a team (or player) and support them totally: remember they can do no wrong! A sign at the Christchurch Central library – ‘books with balls’ – Well, rugby is a game with balls! The commentators often make (inadvertently) funny comments when talking about balls and you can too.
Crouch, touch, pause, engage. This is a rugby term used when the forwards get into a huddle to fight for the ball. It can be used as a timing strategy in many situations that need a few seconds countdown. A friend uses it daily in her to get in and out of her apartment
The three biggest men are put in the front row of the scrum, and the next two biggest get behind (they call these men ‘the tight five’ because they hang onto each other tightly) them and try to push the other team backwards.
The ‘backs’ have mathematical terms for some position names – for someone lousy at figures it is not strange that my teenage love played as ‘fullback’ or #15 rather than one of the five-eights. Other names such as ‘centre’ #13 and ‘wing’ (11 & 14) are self-explanatory

The tight five is a dangerous place to be especially for ears. Many people don’t like cauliflower, and no-one wants their ears to be called that but many front-rowers have them because of repeated hits to the ear. Once this happens, the person's ear may look lumpy forever. Some wise players try to prevent this by wearing headgear.

Read rugby history: this link is about the 50 greatest All Blacks: Knowing this will impress your rugby-head mates
What were my qualifications for writing this blog?
I can spell Rugby; I'm a girl, and . . .
Posted by Heather - the Kiwitravelwriter at 11:44 AM No comments:

"The icing on the quake" they called it - now the snow is back!

Check out the photos I posted this morning .. but as the day continues it's not so nice to go out walking in the slush! 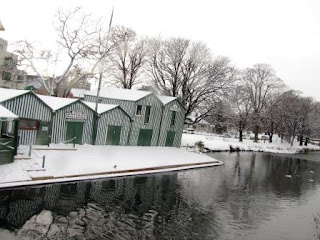 Posted by Heather - the Kiwitravelwriter at 2:37 PM No comments:

Quake socks ... will they help?

Wearing my Rural Women quake sox to Christchurch on Monday ... will they ward off quakes or just keep me warm?

They are merino wool so guess it's only the warmth factor I can rely on with the snow that's forcast! I was in Christchurch for the biggest, and first, quake but which the least damage - funny how nature is! 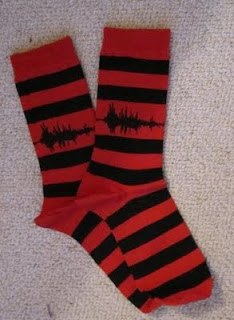 I'm travelling via the Interislander ferry, then TranzScenic rail, and staying at the beautiful Classic Villa
Posted by Heather - the Kiwitravelwriter at 5:10 PM No comments:

Want to join me in fabulous Turkey?

Want to join me in fabulous Turkey!


Like all travellers I loved the beauty, history, and people of Turkey – and now I’m expecting to be part of the 50Plustravel team in May 201 and will be in Turkey again – for 20 days! So, do you  want to join the kiwitravelwriter in fabulous Turkey?
In a recent newsletter Anna says “When I rave about this tour people ask me what I liked most: I think I exhaust them with so many highlights. Here are some:
Our tour (and yours to if you are able join us) started in Istanbul, the only city in the world spread over two continents – Europe and Asia. We crossed the Bosphorus Suspension Bridge to see Topkapi Palace the centre of the Ottoman Empire for nearly four centuries and had a good insight into the life of the Sultans and their many wives. I can’t wait to get back in May 2012”
Add the Blue Mosque, the impressive six-minaret building that is a focal point of the city; the Basilica Cistern which was used as a reservoir to store water for and the Great Palace. And, of course, you can’t leave Istanbul and not see the Haghia Sophia, the Church of Holy Wisdom with its 1500 year history  - I am sure it hasn’t changed since my trip there in the mid-1990s but I’m still really excited to be seeing it again – and  to indulge in a Turkish Bath experience - a ‘must do!
I am also looking forward to seeing the Gallipoli peninsula which I haven’t seen – yet.
So, if you think Turkey is the place for you – with a very small group – and would enjoy being with a travel writer too (I’m happy to give you tips along the way!) get over to the 50Plustravel website, check the details, and give Anna phone call – I hope to see you in May 2012
Discover Turkey Tour
Istanbul, Gallipoli, Selcuk, Kusadasi, Kas, Antalya, Cappadocia, Ankara, Bursa
20 outstanding days depart from New Zealand 20 May 2012
Originally $6,975 now $6,775 SAVE $200
Posted by Heather - the Kiwitravelwriter at 6:43 PM No comments:

Take a small break ... in Auckland

My latest little holiday started with a train trip on the Overlander, a 12-hour journey from Wellington to Auckland.  As Paul Theroux says ‘trains are the only way to travel’ - it certainly was relaxing – my only complaint was it was dark for the last 2 hours -  so my recommendation would be to do this when daylight saving is on … daylight all the way!
I stayed at the Quadrant Hotel  in central Auckland. Lovely! I had great harbour views and it’d very handy to many of the places I wanted to visit, and also close to the Britomart transport hub.
More stories are to follow, and as well as the train and hotel, what else will I be writing about?  Kelly Tarlton and the Auckland Zoo are ’must-sees’ for kids and adults.  Also, the zoo has its fabulous new Te Wao Nui opening in September (2011) so make sure you bookmark this page as that’s the first story I will be writing.
The Auckland Museum is a traditional museum with interesting flourishes – it seems it’s also the only place in Auckland where you can experience a Maori cultural performance daily.
Local Maori also host guided walks (Tamaki Hikoi) and this was the perfect way to start an Auckland trip with family and local tribal history – it sort of sets the scene!
So, there’ s a taster of what’s to come ( and Parnell of course) . . .but, in the meantime check out the links above and come back here soon.
Editors are of course welcome to contact me for stories about any, or all, of these topics.
Posted by Heather - the Kiwitravelwriter at 12:08 PM No comments: