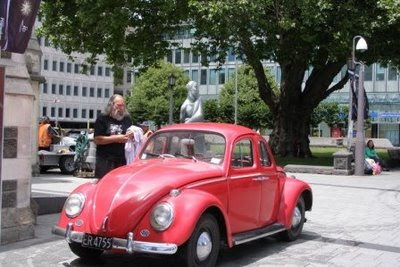 From Wikipedia, the free encyclopedia

The Wizard speaking in Cathedral Square during December 2006.

The Wizard of New Zealand, also known as the Archwizard of Canterbury, is well known in New Zealand as a public speaker, performer, and eccentric. 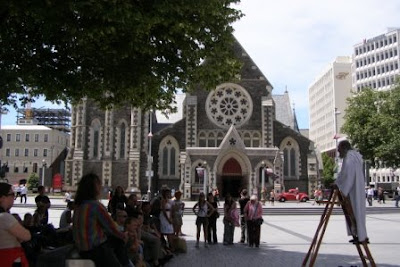 The Wizard (his legally recognised name) has also been recognised as a "living work of art" by the National Gallery of Victoria and the Robert MacDougall Art Gallery, and as "Official Cosmologer" to the Union of the University of Melbourne. He is also the founder of the Imperial British Conservative Party, and Alf's Imperial Army.

on 1st july 2009 he was awarded a Queen's Service Medal for services to the community.[1]

The photos of the wizard in in his white 'summer' wizard clothes, and the one his coming and going car taken by the kiwitravelwriter

Posted by Heather - the Kiwitravelwriter at 6:12 PM 2 comments: