calling for a settlement freeze

No exception on Israeli settlement: Clinton

Mrs Clinton: 'The president wants to see a stop to settlements'

US Secretary of State Hillary Clinton has said there must be no exceptions to President Barack Obama's demand that Israel stop its settlement activity.

Correspondents say it is the first time in years that US officials have been so vocal in calling for a settlement freeze in the Palestinian territories.

The comments come hours before Palestinian President Mahmoud Abbas is to meet Mr Obama at the White House.

Israel's PM has defied US demands, saying some settlements can expand. READ MORE

Posted by Heather - the Kiwitravelwriter at 5:41 PM No comments:

You may have seen images on your TV last night of mild-mannered types such as myself storming the Auckland Harbour bridge and causing chaos. I blame Rod Oram. Whenever he turns up, things just go feral.

Optimist that I am, I had little expectation we'd get onto the bridge. When it happened, I had the sinking feeling that we were being set up for blow-back. Get two lanes of the bridge, and you'll merely slow it down. Get all four, and you will piss people off. If I were marooned on the motorway for an hour and a half, I'd be pissed off too.

And so it came to pass. The Herald says there were 2,000 of us; my own guess would be 5,000. Happy people. What we asked for was the chance to ride and walk across the bridge and remind everyone that there are other ways of moving Aucklanders around their city. We say our way is healthier, cheaper, and kinder to the planet. We say that it's time to do some fresh thinking. Time and time again, the only mode of transport that gets the lion's share of public funding is the almighty car. Even though it costs a fortune. And even though the oil is running out.

Cycle lanes could do us so much good, and make so much economic sense in the long run, it's remarkable, really, that we're having to argue over the soundness of them.

We fielded several very good speakers - because the affair began with a rally - and the best of them all was Christine Rose. She is on the ARC, and she is without question someone you want to vote for when Rodney Hide finally decides how you're going to do it.

Posted by Heather - the Kiwitravelwriter at 10:16 AM No comments:

Date: 21 May 2009 Author: NewspaperGirl
Here are my 4 tips for getting followers on Twitter. Not that I always follow them, but that I’ve noted.
Posted by Heather - the Kiwitravelwriter at 1:05 PM 1 comment:

the lotus and me! 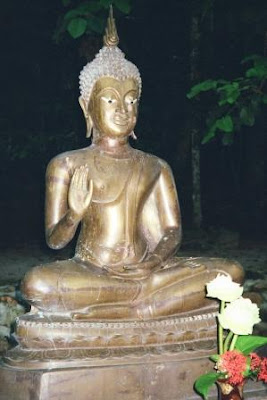 Can you sit in a lotus position? Check my story in the NZ Listener.
Posted by Heather - the Kiwitravelwriter at 6:53 PM No comments:

Email ThisBlogThis!Share to TwitterShare to FacebookShare to Pinterest
Labels: meditate, thailand, travels with a passionate nomad

check out this guy for some inspiration

“At nineteen years of age it happened like the flick of a dime…” says Rodney Bell, who, as a result of a motorcycle accident, lost feeling and function from the “nipple-line down”. Rodney Bell is this month's Creative Momentum featured creative. He shares, with wit, humour and unguarded honesty, his diverse experience as a Maori disabled man who discovered the international world of dance.

“I used to run and play rugby and do many able-bodied things. After my disability I thought my life was over. While in rehab the focus at the spinal unit was mouth painting and blow darts. I remember thinking…. ‘well, that’s very interesting but felt deep inside there had to be something else out there’.” read more
Posted by Heather - the Kiwitravelwriter at 5:06 PM No comments:

meet my team, rugby, crusaders and the all blacks 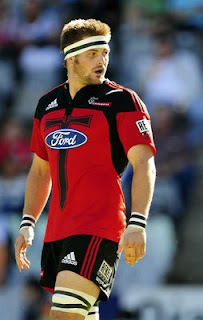 check out my 'other' blog  re 'my team' the Crusaders.
This handsome man in Richie McCaw, captain of the Crusaders and the New Zealand 'All Blacks'
Posted by Heather - the Kiwitravelwriter at 10:42 AM No comments:

Religion is on the rise, religion makes you happy. It may seem bad manners for we atheists to say it, but so do pets

On a desk in my school, long ago, some past sixth-former had written four words: “God is dead - Nietzsche”, followed by four more: “ Nietzsche is dead - God.” Even as a juvenile atheist I could see that the idea of the mad German getting his comeuppance from the unbelieved Almighty was funny.

And some readers today might similarly be enjoying the contents of a new book, God is Back: How the Global Rise of Faith is Changing the World, written by the Editor-in-Chief of The Economist, John Micklethwait, and his colleague Adrian Wooldridge. “You thought God had gone,” they seem to chant in the direction of the national grandstand where sits the secular elite, “you were wrong, you were wrong.” Read the rest of this thought provoking piece

Posted by Heather - the Kiwitravelwriter at 8:07 AM No comments:

stuck for ideas for a mothers day gift - or birthday present? 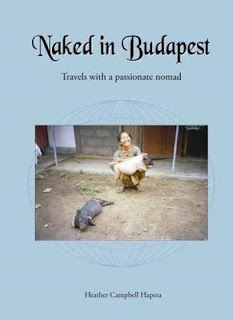 Looking for a great
mothers day gift? .
read this
Give a gift to enjoy
Posted by Heather - the Kiwitravelwriter at 9:43 PM No comments:

bees are dying around the world - can NZ stop it?

Mystery of the dying bees
Something is killing honey bees around the world. NZ has a chance to prevent it happening here; that's what Bee Week is all about. [Cosmos/Voxy]
Posted by Heather - the Kiwitravelwriter at 3:04 PM No comments: Posted by Heather - the Kiwitravelwriter at 10:34 AM No comments:

Check out my earlier blog about staying in a palace in India ... in Maheshwar

According to the latest information released by the World Travel and Tourism Council, India's travel and tourism industry was estimated to have generated approximately $100 billion in 2008. This figure is expected to go up to almost $275.5 billion by 2018, growing at an average of 9.4 percent over the next 10 years. Moreover, according to research, travel and tourism is expected to contribute 6.1 percent to India's GDP and provide almost 40 million jobs by 2018.

As the financial capital of India, Mumbai features on every India travel itinerary. With good air along with good road and rail connectivity, the city attracts tourists from all over India and overseas.

India as a country offers exciting and diverse experiences to tourists. Each state has its own unique traditions, culture, and cuisine. Apart from this, the country has excellent beaches, backwaters, Ayurvedic health resorts, ancient monuments, world heritage sites, forts, palaces, hill stations, and wildlife.

We have all heard about the heritage palace hotels that make you feel like maharajas and maharanis, a truly luxurious living experience found only in India, and something that overseas tourists look forward to. Good hotels to suit all budgets are available all over the country. India now also offer home stays, where you stay with a family as a member of the household and enjoy their hospitality and traditional ethnic cuisine. The Indian railways now run special luxury trains, each with unique themes that cover most of the important state tourism circuits. (I found this article onBargin Travel.Com , check them out)

new zealand birds are singing for you 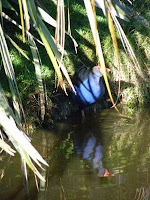 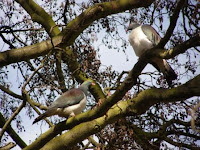 The bird on the right is the worlds biggest pigeon: the kereru; on the left is the pukeko - the native bird of my city Christchurch
Every morning my favourite radio station (Radio NZ National) plays the song of a different NZ bird. So, even though I live in the inner city I hear one of our birds. I love that!
Check it out. See and HEAR New Zealand birds here
Posted by Heather - the Kiwitravelwriter at 12:17 PM No comments:

Enjoy a night on the house at any of our YHA New Zealand Hostels when you join YHA before the end of October!

Plus reap all the everyday benefits of being a YHA member:

- Great rates at over 50 of the best hostels in the country
- Over 100 great travel and activity discounts throughout New Zealand
- Your membership is valid in 80 countries providing access to 4,200 hostels and thousands of worldwide discounts!

Posted by Heather - the Kiwitravelwriter at 6:45 PM No comments: 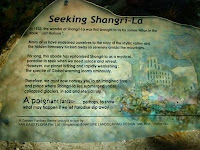 Asia’s best landscape designer exhibited at Ellerslie, the annual international garden  festival . Come and check it out next year!

Posted by Heather - the Kiwitravelwriter at 9:46 AM No comments: