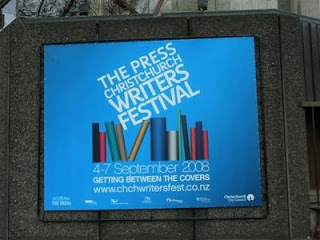 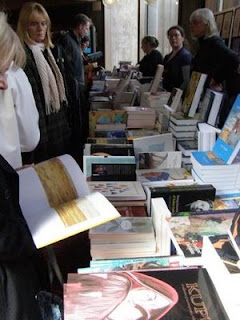 It’s not as big as those in the United Kingdom, the USA, or even our down-under neighbour, five-times-bigger-than us, Australia: but we love it.
What is it we love? It’s our book festival. http://www.stuff.co.nz/thepress/
Fiona Farrell, Steven Eldred-Grigg, Gavin Bishop, Keri Hulme and Margaret Mahy, Bernadette Hall, – just some of our current local writers – add these very early Cantabrian writers; Charlotte Godley, James FitzGerald, Sarah Courage, Lady Barker, and Samuel Butler, and it’s obvious we have a long legacy of literary tradition in Christchurch.
Gordon Ogilvie says our earliest colonists carried libraries, instruments and paints, along with plans for a school and university, over the Port Hills and started a newspaper and library within a decade of arriving. He also says our forbears “established a robust literary tradition in Canterbury, particularly in non-fiction and poetry. From the 1930s to the early 1950s, during Denis Glover's association with The Caxton Press, Christchurch was indisputably the focal point of New Zealand's artistic life. The town's cultural and literary importance continues to this day.” http://www.authors.org.nz/
After the last festival (06) the media said the programme was superb: the NZ Listener’s Arts Editor Phillip Mathews commended the range and composition of the panel sessions while the Sunday Star Times published a full feature on Poetry Idol, a first-of-its-kind competition in NZ; and Radio NZ recorded sessions for National Radio, saying ‘the Christchurch festival is now firmly on the nations literary map.’

Originally an annual event, this festival is now split with a major spring festival on even years, and on odd years, Christchurch Writers Day.
Both these events fit perfectly with the annual New Zealand Book Month whose website says ‘Kiwis are highly literate and recent surveys show that many of us wouldn’t think about relaxing without a good book. But we want more of those books to be ones that have been written by New Zealand writers. We want to celebrate and showcase the brilliant writing talent we have, to support new and upcoming writers in our country, to tap into the pride we feel in our literary landscape and show you that whatever your taste, there’s a fantastic New Zealand book for you.’
Our Christchurch Writers Day (next one 2009) and the Christchurch Press Writers Festival (2010) supports not only the fabulous international writers who attend the festival but also the many fantastic, internationally acclaimed, writers we have in our region.
Check out http://beattiesbookblog.blogspot.com/ re Grahams views on the festival.
Posted by Heather - the Kiwitravelwriter at 9:41 AM