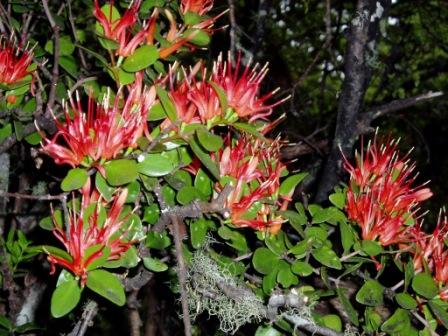 ‘It’s clean and green but not a native to be seen?’

‘Canterbury plains are one of the worst examples of the loss of native plants in New Zealand’ Professor Ian Spellerberg tells me. ‘Less than 0.5% of native vegetation remains on our plains.’

When colleagues from Europe ask, as he drives them from the airport to Lincoln University, 'where are your native plants’ he understands their surprise. Returning to Canterbury, he too was disappointed. Spellerberg had become used to UK landscapes with their hedgerows making great use of native plants and which are now some of the last bastions of habitat for wildlife.

However, there is good news about our plains: the Te Ara Kakariki Greenway Canterbury Trust has been formed and is encouraging us to increase native plant communities for all reasons – not just restoration, or beautification as some critics suggest, but for boundaries, shelter belts, crops, tourism, and ideas that we haven’t yet thought of. Its long-term vision, maybe taking hundreds of years, is to make connections between the mountains and sea by using corridors and stepping stones of native plant communities – and connecting existing patches. Another goal is a one-stop-shop for information: cost, availability, economic benefits, where to get natives, after-planting care and research – perhaps leading onto field days. Encouragingly, Motukarara Conservation Nursery says they can’t keep up with the demand for native plants.

The land between the Waimakariri and Rakaia Rivers gives the project an identity and all Cantabrians can be involved: country or city; on public and private land; for economic and ecological reasons, alongside roadsides, railway lines and rivers. 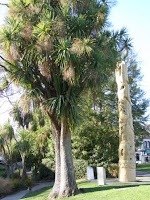 This year, in conjunction with Southern Woods Nursery, has seen 25 Selwyn schools being invited to design and plant a native plant community for their school. Judging (November 08) will be around the knowledge pupils gained, not just the design. (Good luck to Southbridge, Templeton and Ladbrooks schools, and others, who Robyne Hyndman tells me have signed-up).

Spellerberg’s enthusiastic. ‘I have this dream of tourists coming to see Te Ara Kakariki, a Canterbury icon! Imagine native plant hedgerows on those long stretches of road. Wouldn’t that be wonderful? It’s the loss of associated native wildlife too: maybe we could re-introduce the Kakariki back to Canterbury.’

‘We underestimate the value of natives in an uncertain future. What’s the environment going to be in ten years? What about land use? Changes in weather? We have to think about what roles native plants will play then. It might be crops, better shelter belts – after all, these plants evolved to live in dry windy conditions.’

‘Why aren’t we proud of our native heritage of plants?’ he continues. ‘We owe an apology to nature for the devastation of our native plant communities. We should be celebrating them, they are our wealth.’ 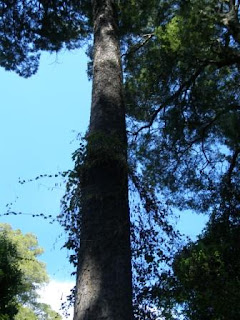 ‘I’m putting my money on Te Ara Kakariki becoming an icon for Canterbury.’ I see tourists coming to see this landscape project which communities, schools, and other groups have created. A wonderful greenway of native plants and native plant communities.’
Posted by Heather - the Kiwitravelwriter at 6:31 PM